The Harper Group of Companies are delighted to confirm that we have been selected as one of Four Contractors to be involved in the Birmingham Municipal Housing Trust Dynamic Purchasing System Framework, to deliver affordable housing throughout the Birmingham area. This is a 4 year framework with a fairly substantial build programme for the construction END_OF_DOCUMENT_TOKEN_TO_BE_REPLACED 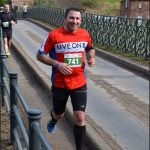 Garry Godsall, Construction Manager at J.Harper & Sons (Leominster) Ltd and who been with the company since 2008 is taking on his first marathon this year for a cause close to his heart. Garry, who previously served in the armed forces for nine years is set to run the 2017 Virgin Money London Marathon to END_OF_DOCUMENT_TOKEN_TO_BE_REPLACED 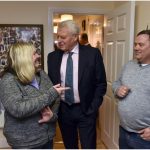 On 20th March, J. Harper & Sons (Leominster) Ltd were thrilled to attend the Official Opening of new homes at Brunswick Street, Cheltenham, specifically aimed at Armed Forces Veterans and some people who were classed as homeless. We welcomed Lord Ashdown former leader of the Liberal Democrats, and himself a former Royal Marine to the END_OF_DOCUMENT_TOKEN_TO_BE_REPLACED

We are very pleased with the completed houses and feedback from the agents and potential purchasers on the finishes has been very positive. We have found your site personnel, site managers and support team all to be very accommodating and only too wi…