Our last handover of 2019 was a unique development in Shifnal.

The existing Old Baptist Chapel built in 1844, has been demolished to accommodate the construction of 2 no. apartment blocks.

Replicating the existing chapel, one block which comprises of two two-bedroom apartments, has been designed to keep its original character of the building inline with the surrounding area.

To accompany the two apartments another block has also been built comprising of five one-bedroom apartments.

Archaeologists found a Baptist pool from when the chapel was in use before it became the Magistrates Court in the 1940’s. 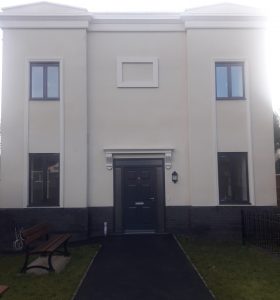 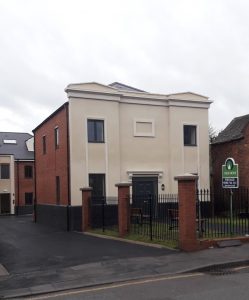 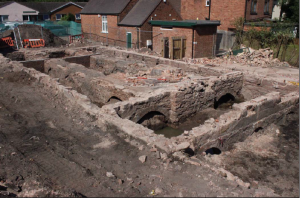