It’s fantastic to have completed 28 dwellings for City of Stoke on Trent, situated on the Wider Caldon Canal Conservation Area in Norfolk Street. The site was the former home of a number of pottery works, with the first factories dating back as far as 1879 until it fell into disuse in 2003.

The development comprises of two apartment blocks and a mix of two and three storey houses.

Sarah Weston, Archaeological Supervisor for City of Stoke on Trent, visited the site throughout the build. She said: “It was a pleasure to work with Steve and the rest of the team on the Norfolk Street site. They could not have been more helpful, welcoming, professional and enthusiastic.”

We have enjoyed working in partnership with City of Stoke on Trent on this project and look forward to working with them again. 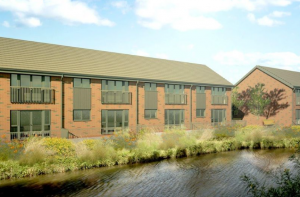 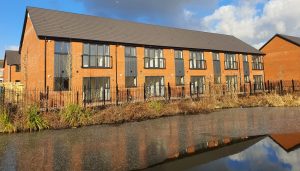 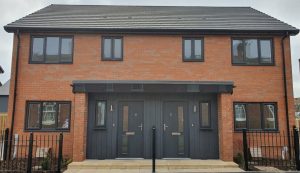 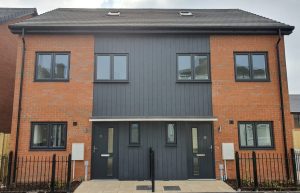 Previous: All Saints Road, Bromsgrove
Next: Completion of 9 Dwellings at Sherwood Lane, Worcester

We are very pleased with the quality of the completed new homes at Bank Street, where we have worked in close partnership with colleagues at Harper Group. Together we have overcome a number of obstacles on this complex mixed development which include… END_OF_DOCUMENT_TOKEN_TO_BE_REPLACED

J.Harpers completed the scheme to a good standard and had a client focused approach. We were very pleased with the way the work was carried out on this tight site, located in the middle of our estate, and the care they look to minimise disturbance to… END_OF_DOCUMENT_TOKEN_TO_BE_REPLACED

J. Harper & Sons has recently undertaken a new build rural housing project in Herefordshire on behalf of Two Rivers Housing. The site had its own unique challenges which were overcome with great skill ad care by the site team. The site was based with… END_OF_DOCUMENT_TOKEN_TO_BE_REPLACED

We are very pleased with the completed houses and feedback from the agents and potential purchasers on the finishes has been very positive. We have found your site personnel, site managers and support team all to be very accommodating and only too wi… END_OF_DOCUMENT_TOKEN_TO_BE_REPLACED

J. Harper & Sons have once again provided a first class service to Rooftop on the delivery of 23 no. affordable homes in Gloucester. The project team responded to all queries straight away and went above and beyond to assist the Association with quer… END_OF_DOCUMENT_TOKEN_TO_BE_REPLACED

The Wrekin Housing Trust is pleased to announce that we have recently completed the development at Wendover Mews, Hills Lane, Madeley, Telford. The contractor was J. Harper & Sons (Leominster) Ltd and we are delighted with all aspects of their work i… END_OF_DOCUMENT_TOKEN_TO_BE_REPLACED

Harpers Group Construction Ltd have been a pleasure to work with on this project, from the outset they have been accommodating to our needs.  The site team were always courteous and professional; their attention to detail has excelled all expectatio… END_OF_DOCUMENT_TOKEN_TO_BE_REPLACED

Harpers have done a great job throughout the scheme and have stuck to all promises that were made during construction. I would like to give a big thank you to Andy Loach (Site Manager) for his hardwork and dedication throughout the scheme. Also, to R… END_OF_DOCUMENT_TOKEN_TO_BE_REPLACED