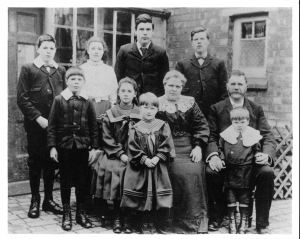 Founded during the reign of Queen Victoria by Joseph Harper, the Harper Group began life as J. Harper & Sons (Blackheath) in 1898. J. Harper and Sons is now part of the Harper Group but founder company and enlarged corporate body alike have the same good name for quality and reliability that grew from those early beginnings.

A lot of Joseph Harper’s early work was on house building, and that took the company into local authority work on schools and roads as well as hospitals and public houses. In the 1950’s and 60’s, following the war, Harper Group were increasingly called upon to build houses and flats as well as industrial premises.

The Harper name and the quality of work carried out by the firm continued to be prominent in the Midlands and opportunities came along to expand operations into other areas of the country. Small family firms in Leominster, Bristol and Salisbury were acquired and added to the company’s strength. It soon became apparent that the sheer volume of work, geographical distances and all the necessary and attendant administration called for structural changes in the Harper operations.

The group continues to expand and operates from its head office in the heart of the industrial Black Country, in Leominster (rural Herefordshire) and more recently, the South West in Tewkesbury.

Principal group activities are construction and development in both the public and private sectors and projects built at the turn of the century testify to the quality and durability of schemes undertaken by the group.

Amongst the group’s many prestigious projects are shops, factories, offices and thousands of homes built for local authorities, housing associations, national house builders and business expansion scheme companies. The group is also engaged in the construction and maintenance of new and existing educational and health care establishments and leisure amenities.

With its professional staff and workforce, the group continually strives to improve its standards and efficiency and believes that it retains the flexibility needed to respond quickly and efficiently to the demands of current clients.

The Harper Group has flourished over the last century with quality and dependability being the cornerstone of our success. As Harper Group moves forwards it will continue to “Build with Confidence”.

J. Harper & Sons have once again provided a first class service to Rooftop on the delivery of 23 no. affordable homes in Gloucester. The project team responded to all queries straight away and went above and beyond to assist the Association with quer… END_OF_DOCUMENT_TOKEN_TO_BE_REPLACED

Harpers Group Construction Ltd have been a pleasure to work with on this project, from the outset they have been accommodating to our needs.  The site team were always courteous and professional; their attention to detail has excelled all expectatio… END_OF_DOCUMENT_TOKEN_TO_BE_REPLACED

We are absolutely delighted with the extension to the Centre, the design, construction and finish are of the highest quality. From the outset, including the OJEU tendering process, the whole project has been completed to an unquestionable professiona… END_OF_DOCUMENT_TOKEN_TO_BE_REPLACED

I would like to pass on my thanks for the schemes completed recently at Hilton Road and Monmouth Drive. [The team] have coped really well and have delivered an excellent product of which the client and tenants are happy with. [We] really enjoyed w… END_OF_DOCUMENT_TOKEN_TO_BE_REPLACED

Connexus are delighted that phase 1 is now complete and that our Beattie Avenue residents can move in to their new homes. We have also been able to provide additional homes for households who were on Herefordshire Council’s Accessible Homes Registe… END_OF_DOCUMENT_TOKEN_TO_BE_REPLACED

J.Harpers completed the scheme to a good standard and had a client focused approach. We were very pleased with the way the work was carried out on this tight site, located in the middle of our estate, and the care they look to minimise disturbance to… END_OF_DOCUMENT_TOKEN_TO_BE_REPLACED

We would like to thank you on behalf of the children, staff and governors of Kingsland CE Primary School, for doing such a fantastic job refurbishing our toilets. The work was carried our swiftly and efficiently and with high standards of quality and… END_OF_DOCUMENT_TOKEN_TO_BE_REPLACED